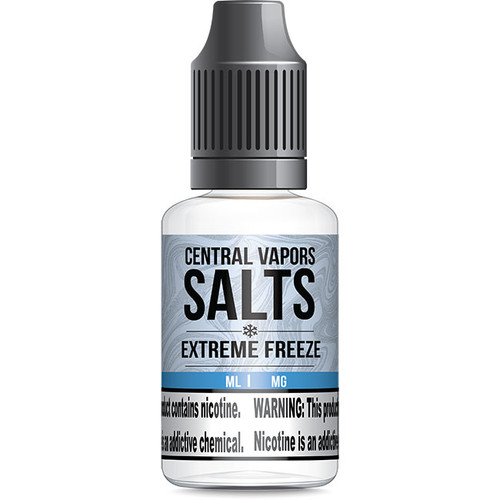 Love a minty blast in your eliquid! Central Vapors Salt Nicotine is the way to go, try vaping new Extreme Freeze salt nic. You'll be feeling like your sliding down an ice luge with this minty and refreshing vape!