WHAT IS STEALTH VAPING?

Posted by Courtney McElligott on May 26th 2022

The act of vaping in a secret or covert way to not draw attention to the fact that you are vaping is what many call "Stealth Vaping." For example, many people stealth vape in locations where vaping is not allowed or when they don't want others to realize that they are vaping.

Let's face it, we're trying to quit smoking with vaping, and it's not necessarily something that everyone who vapes wants to make apparent to everyone around them. Vaping is an excellent pathway to quit Smoking Cigarettes, but even with vaping, there's a time and a place for it.

Smoking Cigarettes is quickly becoming socially unacceptable and even band in several public places. People who don't Smoke Cigarettes, and never have tend to assume vaping is equally as bothersome or annoying, and it can sometimes be hard for vapers trying to quit smoking to find a place to vape because they may not want to be seen vaping.

Stealth vaping can also be a matter of respect; just because you are allowed to vape somewhere doesn't mean you want to blow an enormous cloud on others. So stealth vaping can be respectful in many cases, whether in a bar or the workplace.

Vapers know that it's reasonably harmless to vape in public, and since public perception is still quite negative, some prefer to keep their habit private. So ideally, if you can master the art of "Stealth Vaping," the people around you will never see, smell or know your vaping.

Obviously, the ideal vape device used to stealth vape isn't going to be an enormous mod. Instead, you'll need to carefully consider everything from the size of your vape kit and the ejuice you're using in it.

The flavor you're vaping with makes a difference; using lighter flavors like vanilla or cherry can help keep any slip-ups in your technique from being noticed immediately. However, if you want to be super stealthy, clearly, the absolute best option is a flavorless blend with your preferred nicotine level.

Choosing the optimal PG/VG blend in your eJuice also makes a significant difference in the number of vape clouds that your device creates, and if your vape liquid is blended with lots of VG, it could very possibly ruin your stealth vaping technique. On the other hand, an eJuice with higher Propylene glycol produces much smaller clouds and is the clear choice for stealth vaping; although it makes the vape taste slightly less sweet and less smooth, the trade-off's when trying to Stealth Vape may be worth the sacrifice.

A 75/25 blend of PG to VG is good enough for most people. However, if you're not used to the blend, it may be a bit harsh, so make sure that you try it out by ordering a small bottle to ensure you're satisfied with a higher PG blended eJuice before you go stocking up on huge bottles!

There are many different ways to stealth vape; each has its little nuances. But, the first thing you'll need to do is learn how to hold the vape correctly in the palm of your hand and when you bring it up to your mouth, you need to make sure the LED battery indicator is covered since this s a clear giveaway!

The easiest way to do this is to keep the device hidden in your palm and simply take a small puff. The smaller, the better, since the more of a vape cloud you make, the more likely it is you'll be noticed. This is one reason why using nicotine salts or eJuice with a higher-PG blend is highly recommended for stealth vaping.

When exhaling the vape, blowing the vapor into a napkin or down the collar of your shirt can help reduce the size of the vape cloud as long as you can accomplish this without drawing more attention to the napkin or leaning your head down to blow down your shirt.

A zeroed hit produces little or no vapor at all. It's probably the best stealth vaping technique, and it's relatively easy to pull off.

The easiest way to accomplish the Zero Hit Technique is to take several small puffs with about a second in between them. These puffs should be almost micro-puffs. Afterward, hold them in for about 3 to 5 seconds, and when you slowly exhale, you'll notice there is virtually Zero vapor!

Remember that stealth vaping to not intended to side skirt rules where vaping is restricted or illegal, like on an airplane. Stealth vaping is simply a technique to discretely and privately vape without disturbing others around you while on your journey to quitting tobacco products. 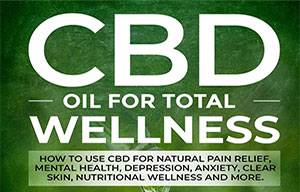 CBD and Vaping – What are the advantages?

CBD has risen in popularity in the last several years which has also increased the variety of products available on the market. Studies suggest that CBD is capable of alleviating the symptoms of anxiety, insomnia, and several other serious ailments, so why not vape it? Vaping is one of the most liked CBD intake methods. One [...] 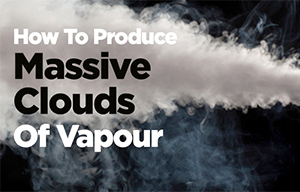 How to get the Biggest Vape Clouds

When you first start vaping, your first thought probably isn’t about the size of the vapor clouds that you produce with each exhale. However, over time, this is often something that begins to move to the forefront of most vapers’ thoughts. If you’ve been a vaper for some time, it’s likely that you’re wondering whether [...] 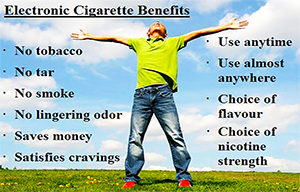 7 Upsides Making the switch to Vaping

Benefits of Vaping that might Surprise youIt's no longer a mystery of how Vaping became the most popular way to stop smoking tobacco. BUT, the benefits of Vaping are quite extensive, and many of these benefits you've probably never heard of. Vaping is a hot topic for a lot of people. A lot is made of the [...] 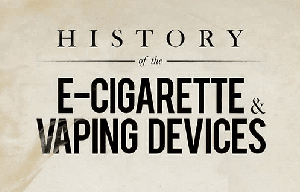 10 Smoking-Hot Facts About Vaping History and How It Began

Unless you live under a rock, you’ve surely noticed that vaping is incredibly popular nowadays. In fact, Market research group Euromonitor predicts that by the year 2021, close to 55 million adults will use vape products! These numbers are certainly impressive, but have you ever wondered how it all started in the first place? Stick with [...] 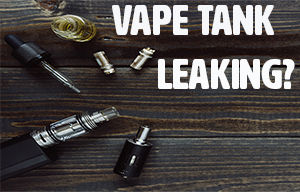 Is Your Vape Tank Leaking? Here's How to Stop It For Good

As vape owners, there is one problem that unites us all. One mechanical fault that joins all of us in anger and frustration, as raise our clenched fists to the sky. And that issue is discovering your vape tank leaking. If you've ever struggled with a vape pen that won't stop leaking, you understand that it can spoil [...] 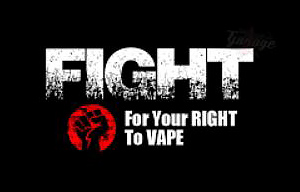 Defend Your Right To Vape

Defend Your Right To Vape CASAA (The Consumer Advocates for Smoke-Free Alternatives Association) is an organization in Washington, DC that has dedicated themselves to amplifying the voices of the vapers that they represent. It has been their mission to inform and encourage the consumer-base of the vaping industry to take part in several different actions [...] 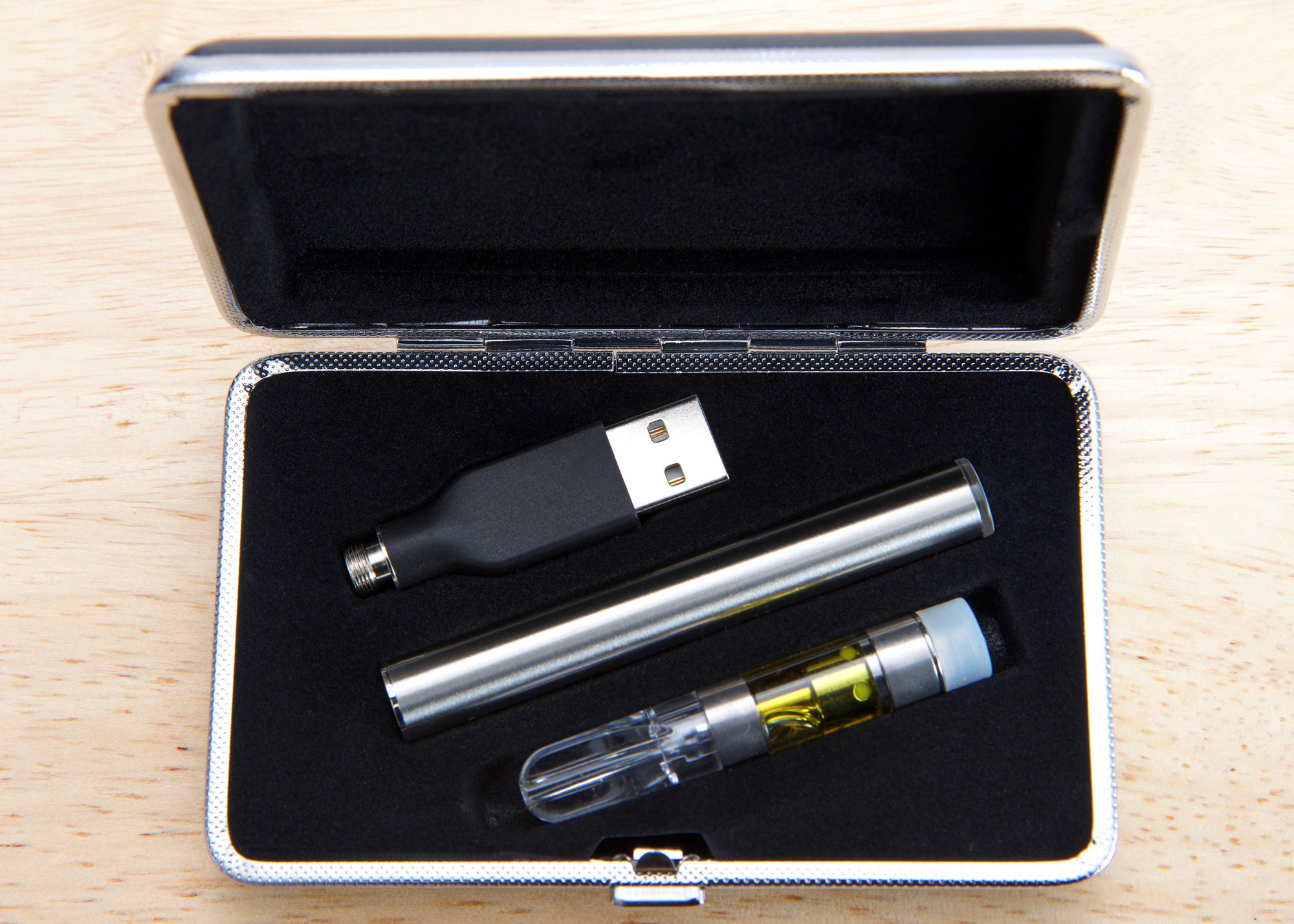 Charging Vape Batteries: How to Extend the Life of Yours

You come home after a long day of work and decide to use your vape. Or you would, but the battery is dead. You feel like you just charged it last night and you haven’t touched it yet today. Like every piece of technology, there comes a time when your vape battery wears down. There are ways [...] 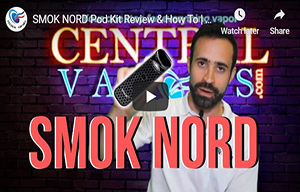 SMOK NORD Pod Kit Review and Unboxing For more information on everything you saw in this video & all the NORD accessories, check it out here on Central Vapors - 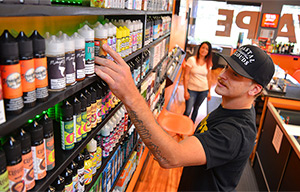 Possible Ban on all Vaping Flavors

Flavor options dramatically boost the chances of a smoker having success in quitting. If you're seeing the word "Flavor Ban" in this title and thinking this article is about politics, it's not. This is about vaping and how the many flavors of vape juice available today far outnumber the limited options of tobacco. The focal point [...]