​Where Can I Vape? Public Vape Restrictions 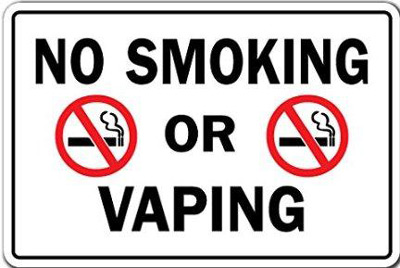 So where exactly can I vape?

The differences between vaping and smoking a traditional tobacco cigarette are pretty stark. After all, a vape device will emit small puffs of scented steam rather than ashy smoke. A vape device won’t leave a trail of ash in its wake as it works, and doesn’t give off second-hand health issues the way cigarette smoke does. And, perhaps most importantly, the e-juice that a person inhales from a vape device doesn’t contain toxic, health-damaging chemicals. So it stands to reason that we shouldn’t place the same restrictions on vaping that we do on tobacco cigarettes, right? And yet, it feels like that is often what happens.

In the grand scheme of things, vaping is still a pretty new innovation. The first vape devices only came about in the first few years of the new millennium, while cigarettes have been around for a couple of centuries in one iteration or another. What this means for vaping is that it’s still a new enough phenomenon that there isn’t one widespread set of regulations for it. Some regions place as many restrictive measures on vaping as they do on cigarettes, while other areas treat vaping more like a portable incense device than a smoking-comparable apparatus. Given the disparity between different regulations, it’s easy to understand why so many vapers continue to have questions about where it’s acceptable to vape, and what the etiquette is.

Let’s start with the easiest question: can you vape at home? The answer is, generally, yes. By an FDA mandate from 2016, vape supplies and products have to be regulated in the same manner as tobacco products. Basically, what this means is that if you’re over the legal age and you own your own property, you’re well within your rights legally to vape all you want at home. However, this also means that your landlord is legally allowed to restrict your use of vape products used within a rental property, just as they can with cigarettes. If you’re concerned about being able to vape in your apartment, check your lease or ask your landlord. Otherwise, you’re good to go—though, of course, if you happen to accidentally damage a rental property with your vape supplies, you’re still responsible for that.

Now, what about in your car? Or a business you own? The easy answer is that you are free and clear to vape in your car with no worries, but you may want to keep the vape clouds to a minimum so police don’t think you’re up to anything illicit. At the state level, you can vape in a business you own with no problems. However, local restrictions may change that. Even if it is legal, use your better judgment so you don’t inadvertently drive away business because clouds of steam billow out when someone opens the door.

Vaping Away From Home

The bigger concern most vapers have is what happens once you leave the privacy of your home and head to any public area. And, unfortunately, this is where the line gets a lot blurrier. In terms of indoor use in public spaces, most states treat vaping as they do cigarette smoking, which means it’s going to be outlawed in places like restaurants, hospitals, and workplaces. If you’re curious about your state’s specific regulations, the American Nonsmokers’ Rights Foundation keeps an updated list of each state’s regulations. As a rule of thumb, if smoking cigarettes isn’t allowed, assume you probably can’t vape there.

The caveat there, of course, is public venues with designated smoking areas. For example, a hotel that offers smoking rooms will likely be fine with vaping, but if they are non-smoking only, they may or may not have restrictions on vaping. Otherwise, the permission for vaping indoors will lie firmly in the hands of the proprietor, so find someone to ask or head outside.

Though it may seem counterintuitive, heading outdoors to vape is even more complex than indoor public spaces, if only because there is no single set of regulations for the entire country. It would make sense that outside, where the scent can dissipate quickly, vaping would be more acceptable; the trouble comes when a state or local law treats vaping like cigarettes. For example, in most states, it’s legal to vape in open-air public areas like public parks. Conversely, some states’ zero-smoking policies for public areas will include vaping outdoors as well. This often includes universities, transit vehicles, and busy downtown city areas, but this will generally be on a case-by-case basis. If you’re in a public area, keep an eye out for signs; most areas will post about the prohibition of vaping as well as cigarettes.

Want to learn more about vaping? The knowledgeable team here at Central Vapors is here to help! We offer vape supplies for everyone from beginner to expert, as well as a variety of e-juice options.