Using Your Phone To Track Your Progress Quitting Smoking 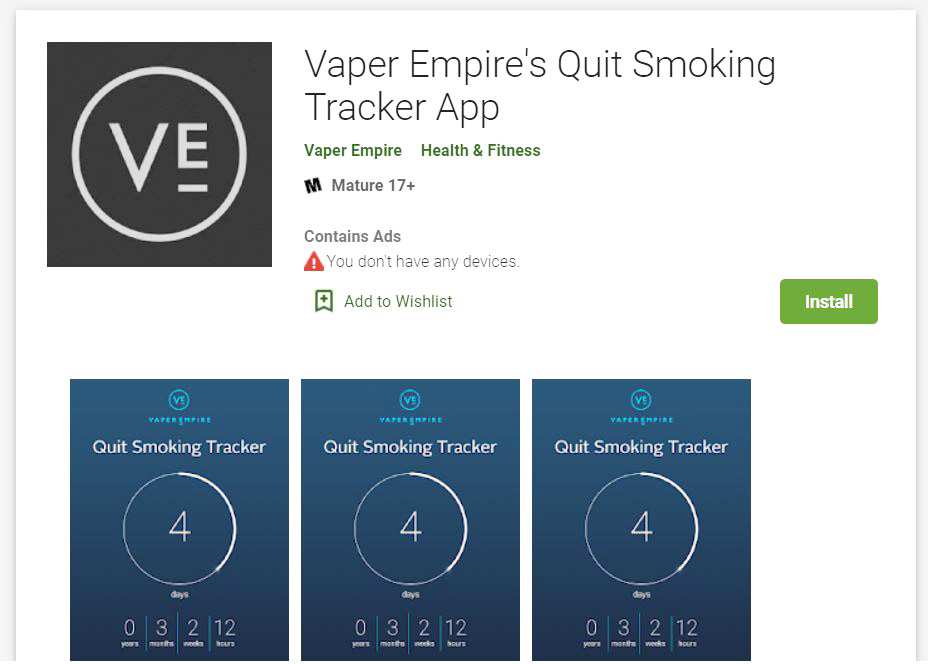 Quitting smoking and switching to vaping is something that many smokers have already done. For smokers who are thinking about doing the same, there is now an app that can transform your phone into a progress tracker.

Once the app, which is only for Android devices, is installed on your phone, all you have to do is click the start button to let the app know that you've quit smoking and it will take care of the rest. Once the start button has been hit, the tracking begins as the app carefully monitors the time that has passed since you quit smoking right down to the hour.

To check how long it has been since you quit smoking, all you have to do is open the app back up and take a quick glance at it to see how many hours, days, weeks, and years have passed by.

The entire app takes up just over 7M, which is quite small. If you already have a lot of things on your phone, there's still a good chance that you have enough room to install it. The installation is very fast, which is not much of a surprise in light of how small and simple it is.

Get The Free App

Useful apps are great and useful apps that are free are that much better. This app, called Quit Smoking Tracker, is just that: free and useful. You can download it from a number of app sites, including CNET and Google Play.

Quit Smoking Tracker is made by Vaper Empire, a vape company that makes and sell its own vape kits, e-liquids, and accessories to Australians and New Zealanders. The company released the app earlier this year and has since updated it to make it less intrusive to its users by removing a notification feature called push notifications.