The Future of Flavored Ejuices

Flavored Ejuice may be soon against FDA Regulation 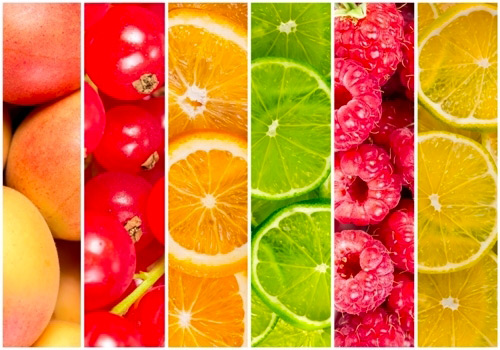 Welcome back to the Central Vapors blog!

In our previous post, we started discussing a new piece of legislation that was recently presented in New York that could have a major impact on vaping. As we mentioned last time, Democratic Assemblywoman Linda Rosenthal has  presented a bill that would “ban the sale and distribution of e-cigarette liquids in New York.” The idea behind the proposed bill is that flavored e-juices target children and encourage them to start vaping at a young age. The e-juice ban comes on top of recently passed laws that ban vaping in any New York schools, public or private, and put similar restrictions on vaping in public that are in place for tobacco cigarettes. Be sure to check back and read part one to get all the details on the proposed law. Now, let’s take things macro. This is how this law’s passing could affect vaping:

The Bill’s Implications on Vaping

All of this adds up and tells us something big is happening: it sounds like legislators in New York are trying to make e-cigarette use just as difficult, if not more so, than traditional cigarettes. While most of the legal measures happening in New York have been specifically targeting kids, and trying to stop minors from vaping, that’s not the only effect these measures will have. If Rosenthal’s bill is passed, vaping will still be legal, nominally, but getting a hold of e-juice will become pretty prohibitively difficult. It’s understandable that nicotine products should be kept away from minors, but banning the sale of e-juice may not be the best way to go about it. But if e-juice is next to impossible to buy, or too expensive, what do the lawmakers expect will happen? We don’t live in a magical utopia in which everyone would just quit vaping entirely. No, if e-juice becomes increasingly difficult to get to, vapers will go elsewhere for their nicotine needs, which could ultimately mean cigarettes would make a comeback.

What This Means For Vaping

The point at which Rosenthal’s logic falls apart is her claim that the flavored e-juices only appeal to kids. Those fruity, sweet, and otherwise delicious e-juice flavors appeal to plenty of adult vapers too. President of the American Vaping Association, George Conley, argues that having flavored e-juice options helps adults disconnect from the taste of tobacco, which is ultimately what has helped so many decades-long cigarette smokers switch to the less harmful e-cigarette. If Rosenthal’s bill passes and flavored e-juices get banned, how many vapers will go back to traditional cigarettes?

On a wider scale, this set of vape-related legislation in New York is worth paying attention to because it could set a precedent for other states to follow. Think about it this way: New York was one of the first states to legalize gay marriage, and several other states followed suit even before national legalization a few years ago. We’re not necessarily comparing vaping rights to gay marriage, but the base concept is the same. New York is a frequently newsworthy, trendsetting state in terms of legislative measures. Measures that pass there are likely to catch on with other states fairly easily.

Make your voice as a voter heard! If you disagree with these legislative measures and you’re a New York resident, talk to your representatives. Even if you aren’t a New York resident, it’s important to pay attention to legislation in your state if you want to protect your rights as a vapor. Want to learn more about how you can support vape rights?

The FDA may ban all flavors for everyone!

Unless you enjoy the taste of FLAVORLESS!  Take action! For a brief time period, customers like yourself can submit an official comment/opinion directly to the FDA letting them know your take in this issue. If flavored ejuice is something you don't want to see go away, than its extremely important you set aside a few minutes and voice your opinion. This isn't just some petition, the FDA has actually asked for consumers input on the issue and your opinions will weigh heavily in the decision making process and final outcome.