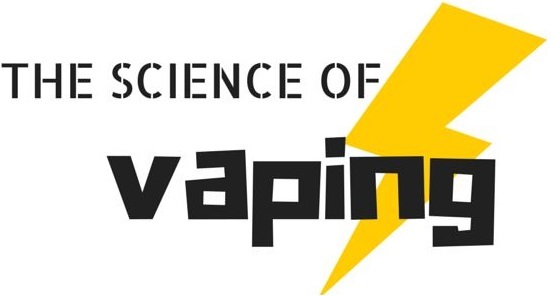 Electronic Cigarettes and the Science Behind Vaping

Vaping is a trend that’s really taken off in the last couple of years. It’s revolutionary! Smoking is one of the biggest contributors to lung cancer, and there’s finally an alternative. In fact, many would argue that vaping is even better than smoking.

Vapor already tastes better than smoke, and on top of that, there are thousands of  delicious eJuice flavors to choose from. It doesn’t leave behind that terrible smoking smell that you get with cigarettes, and as many researches have claimed that it’s a much healthier option. Many have switched, but many are still holding on to their cigarettes. This is due mostly to a lack of information. Many people just don’t know how vaping works.

Here we’ll explain in detail the science behind vaping and all the working parts involved in the process. There are several form factors, so for convenience sake, we’ll limit this article to mod/tank style vaporizers.

Portability is determined largely by the size of the Vaping Device, but because it also contains the battery, so the smaller size often mean a smaller battery capacity. Basically this simply means its going to need a recharge more often.

Some mods go above and beyond and provide a portable mod with great battery life, but usually, there’s a bartering system between portability and battery life. Having more of one will often mean having less of the other.

This is the second half of an Electronic Cigarette and any vaping device for that matter. There are several different kinds of  tanks used for vaping which in theory all do the same thing but perform much differently. The tank is responsible both for holding your e-liquid and converting it into vapor. Power is supplied by the battery, which then, in turn, heats up a coil in the atomizer.

Another main function of the  atomizer tank is to deliver the e-liquid to the coil, where the heat converts the liquid into vapor. Most differences between atomizers occur in the process of delivering the e-liquid to the atomizer, but we won’t get into all the different methods here as that information alone is enough for an entirely new article.

Why is vaping healthier than smoking?

Now that we’ve gone over the science behind the process that occurs when vaping, we can talk about why it’s largely considered better than smoking.

There are several reasons, but let’s start with combustion. Combustion is what happens when the temperature of a dry material surpasses a certain point, changing the chemical properties of the substance and releasing smoke. The exact temperature at which combustion occurs depends on the material. It’s generally believed that tobacco combustion at 600 °C.

Tobacco companies typically have hundreds if not thousands of chemicals in their cigarettes. When combustion occurs, the smoke from a cigarette contains over seven hundred carcinogens, which are chemicals linked to the development of cancer.

The vapor that you inhale from a vaporizer usually contains no carcinogens at all, and on the rare occasion that it does, there are nowhere near as many. In fact, the only time carcinogens have ever been found in vapor was during the use of a vaporizer at more than 5 volts. Average vapers typically don’t reach that level.

This is due firstly to the fact that vapor is produced by heating an e-liquid as opposed to tobacco. When liquid is exposed to heat it doesn’t combust, it simply evaporates. It’s also due to the purity of e-liquid. Unlike tobacco, the number of ingredients used in e-liquids is very low.

In fact, most e-liquids only contain around 4 ingredients which are PG, VG, Nicotine and of course everyone's favorite part, the  flavor concentrate for e-liquid which of course makes the vape liquid taste so good. If you buy your e-liquid from a well-known and reliable company, all the e-liquid ingredients should no doubt be "food grade" meaning it meets the standards for human consumption and the eliquid made with the best premium quality ingredients.

This short vaping guide hopefully helped you familiarize yourself of the basic process behind vaping and outline the basic components of an ECig used for vaping. Electronic Cigarettes and vaping are fast becoming trend that could improve the lives of millions of tobacco smokers, so if you’re still smoking, drop the cigarette and do your self a favor.