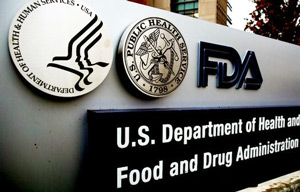 Those born before the 1990s will probably remember what cigarette advertising used to be like. It may seem absolutely preposterous now, but cigarette companies used to market to kids, hoping to start the habit young and shape another generation of life-long smokers through catchy characters like the Marlboro Man or Joe Camel. Thank goodness, public health acts were passed and advertising standards changed through the 70s, 80s, and into the 90s. More and more measures were put in place restricting advertising in an attempt to curtail the number of people becoming addicted to such an unhealthy habit. By 1997, it was unlawful to target children (by making it unlawful to advertise tobacco with cartoon characters) and to advertise cigarettes on TV, radio, billboards, and many other public spaces in 46 states. With so many measures in place, it can be hard to understand how the tobacco industry is still holding on as well as it is. Well, for all those who are ready to do away with cigarettes and tobacco products entirely, there has been another sweep of good news: recently, the FDA announced that “E-cigarettes are less harmful than smoking.”

Since we’re talking to a group of vape users, we imagine you’re all shaking your heads and thinking, “well, duh!” It doesn’t take a genius to figure out that the components of e-juice are a lot better for you than a cigarette—and we didn’t need the FDA to tell us, either. However, as much as the FDA’s announcement seems like a no-brainer, it’s a good thing. For each and every one of you pushing to “Save Vape,” this is a big step in the right direction. When a government entity like the FDA comes out to say a product like vape juice is better than cigarettes, even if it isn’t an official health statement, it’s a pretty darn good endorsement of vape. So what does this mean going forward?

According to the FDA website, their goal is to “protect Americans from tobacco-related disease and death.” The announcement that they agree e-cigarette use is better than traditional cigarettes is more than just support for the vape industry as a whole. What this means on a grander scale is that vaping could rapidly become more mainstream than traditional cigarettes, and it could do so quickly. Of course, the restrictions on advertising that we mentioned earlier will still hold true. Any nicotine products will still be restricted to those who are 18 and older, and advertising mediums will likely remain restricted in similar ways. The big difference, however, is that the FDA announcing that vaping is better means that you can expect a bigger push to replace tobacco cigarettes with electronic ones. Stay tuned in the coming months as the Central Vapors team keeps tabs on what the FDA’s announcement means for vapers across the nation.

You can learn more about the variety of vape mods and other vape supplies out there by visiting Central Vapors. Have questions? Chat with our team online and customize your vape experience today!