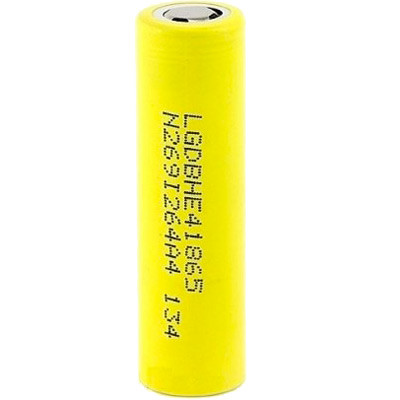 The LG HE4 is an upgraded version of the popular LG HE2 18650 battery with better performance features for vaping. The redesigned HE4 runs much cooler during use than its predecessor and can easily handle a continuous loads of 20amps! These authentic LG cells are some of the highest discharge rated 18650 batteries out there. The LG HE4 IMR 18650 features an IMR Li-ion chemistry, also known as Lithium-ion Manganese Oxide (LiMn2O4), which is popular for use in applications that require high-discharge currents. 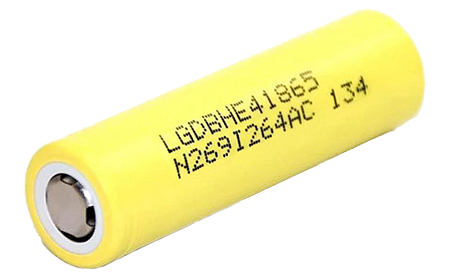 IMR batteries utilize a cathode made from Lithium Manganese Oxide, in a three-dimensional spinel structure that allows for improved ion flow. This results in lower internal cell resistance, which allows for expedited charging and for high-current discharging. While rechargeable IMR batteries offer a lower capacity than other Li-ion types, these cells are utilized specifically for use in high-drain devices and applications.